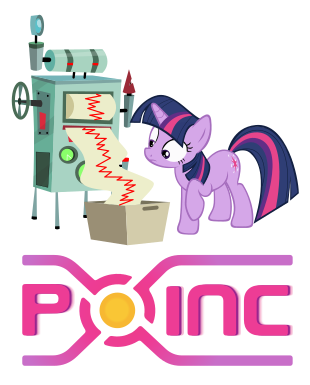 Дружбомагия и приключения.
Откроем библию MLP. Читаем про два основных типа эпизодов:
ADVENTURE STORIES (приключения):
СпойлерEquestria is a tremendous realm that has many landscapes: mountains, prairies, forests, plains, deserts, lakes,
beaches, even rainforests and jungles! And out of the landscapes pony districts have developed—areas where pony
culture varies because of the lifestyle they lead in their environment (we must remember that it is the ponies’ responsibility
to make these ecosystems the way they are, so of course a culture has grown from it!) So when our little troupe is not
dealing with dragons, griffons and manticores, they may be meeting up with and learning about Mustang ponies on the
plains, or the native buffalo who live like the native Americans. They may encounter llamas in the mountains, or lively
Arabian ponies in the deserts! They may even have an adventure underwater with their neighbors, the seaponies.
Cultural pony diversity will serve for fantastic fodder for classic travel adventure, learning about new communities and
customs and meeting new types of friends! It is in these stories the audience learns the importance of respecting people
and customs that are different from your own and how to make new friends.
But Equestria is only part of a limitless magical world. The lands beyond the borders of their country is less
defined and often mysterious to the ponies. Out there live other magical creatures that may or may not have an organized
society like the ponies. Often these creatures have an effect on the ponies’ world and interfere with their ability to move
the seasons. That is when our pony heroines must often leave the comfort of their home (often at the prompting of a letter
to Twilight from the Princess) and resolve the problem, never knowing exactly what they’re going to encounter outside the
kingdom of Equestria. The lands beyond Equestria, full of mystery and even danger will offer the viewer even more
exciting adventures!
Примеры серий: TICKET MASTER, GRIFFON THE BRUSH OFF, SURPRISE PARTY, APPLEBUCK SEASON

RELATIONSHIP STORIES (взаимоотношения):
СпойлерAs vast as Equestria is, we must remember that Ponyville is the place our little herd of fillies call home. Not to
mention the fact that not every day in the life of any adventurer is so exciting. Our sextet has their day-to-day lives to lead
as well, and this is where our Relationship Stories come into play.
Ponyville is a town not unlike towns of humans, and there’s plenty to see and do there, and even more to
disagree about. You see, our girls are wonderful friends and have so many things in common, but like all friends they
don’t always get along:
Rainbow Dash is always trying to get out of her responsibilities, Applejack is always chasing Rainbow down to do her
chores, Twilight doesn’t approve of Rainbow Dash’s laziness, as a result Twilight is Rainbow’s favorite victim for mischief,
Fluttershy doesn’t approve of Rainbow Dash’s mischief, Rarity is always trying to get shy Fluttershy to model for her
fashion shows, Rainbow Dash loses her patience with Pinkie Pie’s incessant talking, so does Twilight, Rarity thinks
Applejack is dirty, Applejack thinks Rarity is too fussy, Applejack and Rainbow Dash are athletically competitive, Rarity is
secretly jealous of Fluttershy’s natural beauty, Twilight patiently tries to get Fluttershy to come out of her shell, Rainbow
Dash impatiently tries to do the same…. the list goes on and on!
And it’s hard to believe that a group with so many differences can be such good friends, but it’s in the demonstrating of
their friendship despite their differences that we find our stories. It is in these tales that our audience learns how to
maintain friendships and solve disagreements. It is also in these tales that the audience relates the ponies to themselves
and their own friends.
Примеры серий: DRAGONSHY, A DAG AND PONY SHOW, OVER A BARREL 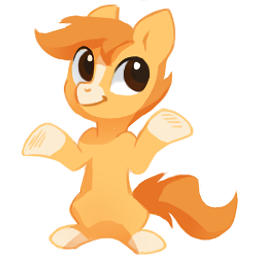